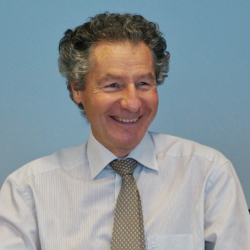 Michel CATINAT is a civil servant with the Commission of the European Union, having joined in 1986. Since the 1st of October 2010, Michel CATINAT is Head of Unit “Key Enabling Technologies and Digital Economy”, Directorate General for Growth. Amongst other duties, he is currently in charge of the European policy on “Digital transformation of industries and enterprises” and on “Key Enabling Technologies”.

Before joining the Commission, Mr CATINAT held a number of posts as economist in the French administration services in the Economic Planning Office (Prime Minister) and in the National Institute for Statistics and Economic Studies (Ministry of Finance and Economic Affairs).