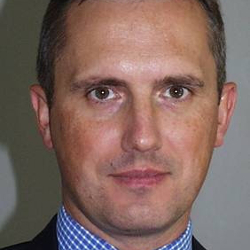 André Richier is Principal Administrator at the European Commission in Brussels within the Directorate General for Internal Market, Industry, Entrepreneurship and SMEs (Key Enabling Technologies and Digital Economy Unit). He is responsible for policy issues relating to information technology, competitiveness and innovation and the digital economy in particular e-leadership and the EU e-skills strategy. He is contributing to the “Grand Coalition for Digital Jobs” launched in March 2013. He was the 2002-2003 EU Fellow attached to the LBJ School of Public Affairs at the University of Texas in Austin. He played a leading role in the preparation of the “eLearning: Designing Tomorrow’s Education” Initiative and Action Plan in 2001 within the Multimedia Unit of the Directorate General Education and Culture. In the 1990s, he was in charge of research projects in the field of multimedia within the European Strategic Programme for Research in Information Technology (ESPRIT) of the Commission. Prior to joining the Commission in 1994, he held sales and marketing positions in the ICT industry. He started his career at IBM in 1985.